From my field notes: “It is still early morning, 4th of August, 2021. I am waiting for a telephone call from a Nenets woman whom I had met yesterday in Aksarka. She had said that she is from Laborovaia and is going to travel there by a rented car. For her it was the only opportunity to travel to the tundra with her three little children. The price of the trip is rather high, therefore she was looking for poputchiki – ‘fellow travellers’. We had made an agreement that she would call me when she would arrive in Salekhard, the capital city of the Yamal region, which is along the way to Laborovaia, another village near the Ural Mountains”.

I did all the necessary shopping and bought a big bag of fresh bread, too, which is a classical way of travelling to the tundra, with no bakery around for many kilometers. When, at last, a car, called in Russian bukhanka – “a loaf of bread” because of it’s form, arrived at Salekhard, it was around lunch time. I loaded all my bags into the car and we started our long trip.

Originally, we had planned that the trip to Laborovaia would take us 5 hours. In reality, it took much more time.

We only left Labytnangy and went for 10 kilometers along the moto-way to the north, when our driver said that the car needs reparation. We returned back to Labytnangy and stayed there for three more hours. Even after checking out three different car service centres, no one wanted to repair our old bukhanka. So, our driver asked somebody to help him. 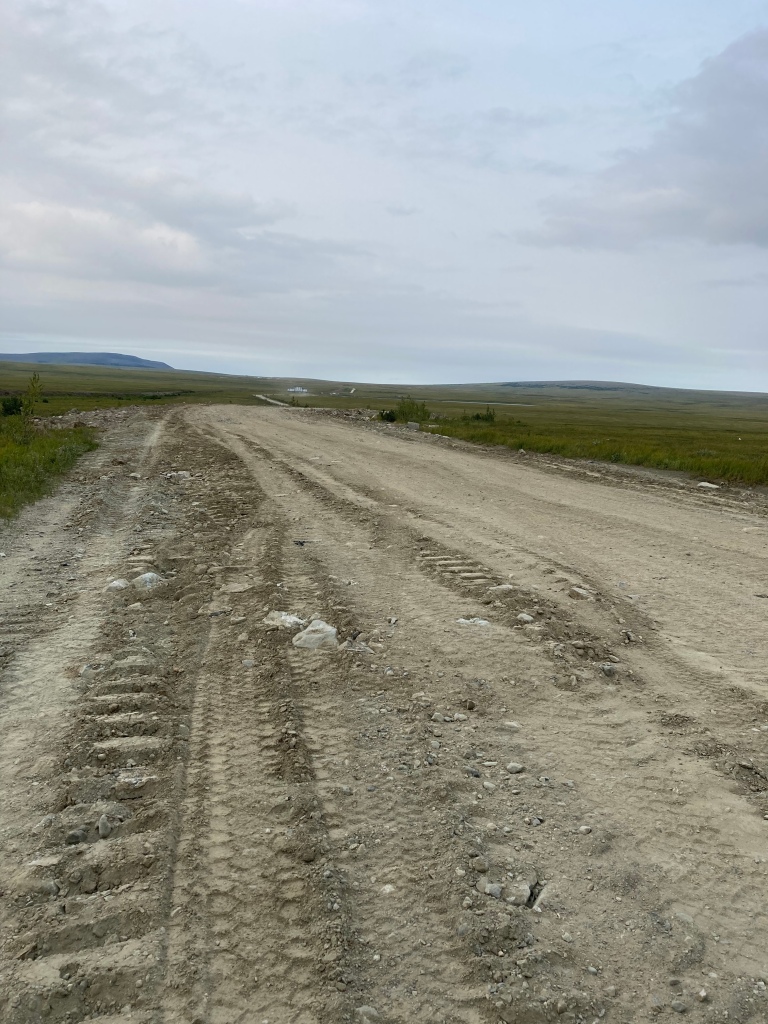 Only at six o’clock in the evening the car got the needed repairs and was ready to travel along the mountains and rocky road to our final destination – the village of Laborovaia. At that point we were tired and hungry, but only a few kilometers away from the crowded human habitation, when we saw the beautiful landscape of the Ural Mountains, we forgot about our difficult beginning of the trip.

On some points of the rocky road, with pits and potholes, our wreck of a car could only drive 20 km/h. We arrived at Laborovaia at night, around two o’clock. After a quick tea and putting on tundra clothes, we started another exciting part of our trip to the tundra, this time on a snowmobile. It was much easier and faster than by car.

People in the tundra had started to use their snowmobiles for travelling in the summer several years ago.

Even though some people have ATVs and they are aware it is not good for the condition of the vehicles, it is still the only means of transportation, which is very suitable and good for travelling in the tundra, even in the summer. This means that tundra people use means of transportation in a way that is suitable for their contemporary life.  As I understand, they use the snowmobiles for travelling in the summer only on the wet and flat landscape. While in the rocky mountains it is better to travel on ATVs.

6 thoughts on “Mobility in the tundra: how to use the old snowmobiles in the summer”

This site uses Akismet to reduce spam. Learn how your comment data is processed.